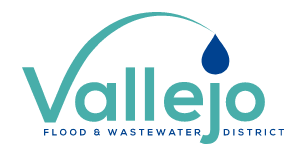 Biosolids are the nutrient-rich natural by-product of wastewater treatment. They are produced by removing the organics from municipal sewage - the majority of which comes from residential homes. The District currently produces about 20,000 cubic yards of biosolids each year.

Most treatment plants in the United States pay landfills to dispose of their biosolids. Since 1978, the District has been using its biosolids as a soil amendment on Tubbs Island Farm, located north of the San Francisco Bay adjacent to intertidal marshlands and a large nature preserve. Tubbs Island provides habitat for the endangered Salt Marsh Harvest Mouse and other native wildlife. The farm primarily grows wheat and oat hay, providing feed for chickens and cattle.

Biosolids produced at the District's wastewater treatment plant are hauled by special truck to Tubbs Island and used as fertilizer to help crops. This practice is beneficial in two ways: the project results in substantially lower costs, and the addition of biosolids has promoted better soil conditions for farming. Using biosolids as a soil amendment also helps fight global warming by keeping the carbon in the biosolids in the soil, where it is used by plants, and out of the atmosphere.

The U.S. Environmental Protection Agency (EPA) recognized this innovative use of biosolids in 1990, rewarding Vallejo Sanitation and Flood Control District with National First Place as the most outstanding project involving land application of biosolids in the United States.

The District has joined a coalition of wastewater treatment plants around the Bay Area that are studying the development of a regional approach to sustained energy using biosolids as a resource.